We are interested in the immobilization of metal nanoparticles on a solid support, such as multi-walled carbon nanotubes (MWCNTs).

Also, to support catalytic phases in an ionic liquid, we are interested in the functionalization with amide groups containing an imidazolium group. This allows to set colloidal solutions of PdNPs in ImIL medium (known as SILP approach, Supported Ionic Liquid Phase) without observing the so-called leaching phase after catalysis.

These new catalytic materials, having PdNPs stabilized only by the ImIL or by ligands such as 4-(3-phenyl)propylpyridine, were applied in the sequential process coupling/hydrogenation described above, and showed high activity and ability to be recycled (Chem. Commun. 2008, 4201 ; Dalton Trans. 2010, 39, 7565 ; ChemCatChem 2011, 3, 749). 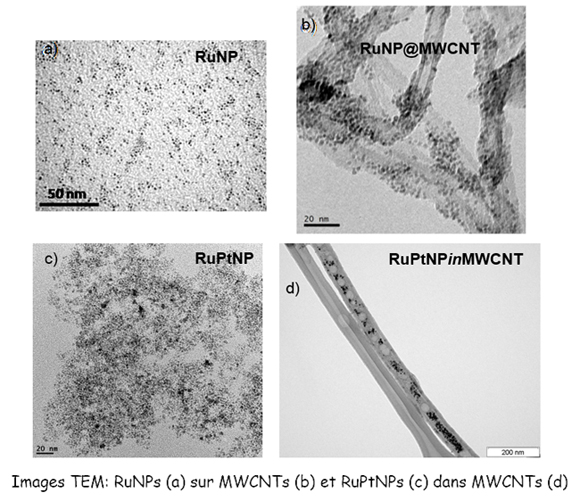 The immobilization of palladium nanoparticles can be performed through functionalized membranes based on polymers. These systems are active in C-C bond formation reactions and hydrogenation reactions, with excellent chemoselectivity, with very short residence times of the order of 4 to 8 seconds. With this new route, we envision the synthesis of biologically active molecules. 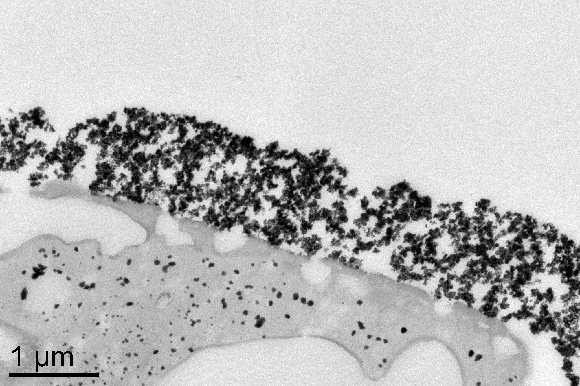